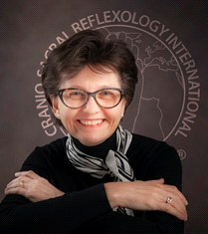 PRESENTATION:
DOMESTIC VIOLENCE AND ITS EFFECT ON THE THREE LEVEL OF BEING FROM THE CRANIO-SACRAL POINT OF VIEW

Shocking statistics revealed that domestic violence has surged since the start of the coronavirus lockdown. The UK’s largest domestic abuse charity, Refuge, reported a 700% increase in calls to its helpline in a single day, while a separate helpline for perpetrators of domestic abuse seeking help to change their behaviour received 25% more calls after the start of the Covid-19 lockdown.

TRAUMA=SHOCK=WHIPLASH
Whiplash Injuries And Their Effect On The Physical, Emotional And Mental Level Of Being

Whiplash of traumatic origin – Physical abuse
Physical violence does not only affect a person physically – bruising and broken bones – but reaches much further than damage to the tissue locally. We will look into the changes such an occurrence causes to the fascia locally (fascial memory/energy cyst) and away areas creating torsions in the meninges and disturbance in the PRM and flow of the CSF.

Whiplash of mental origin – Mental cruelty
Controlling relationship
Post-Traumatic Stress Disorder
Epidural anesthesia – disturbed CSF/disturbed PRM
An emotional or mental shock eventually create the same physical effect that a fall on the coccyx or on the occiput. Here we see the unity of the mental, emotional and physical aspect of a Being, interfering and influencing one another.

The Three Levels of Being: Physical, Emotional, Mental
Reflexology acts globally on all Three Levels of Being: physical, emotional or psychological and mental. This concept of the human being’s triple nature was passed down to us from Plato. In reality these three terms (formerly body, soul and spirit) are inextricable.

Their autonomy is entirely relative as each one perpetually interacts with the others. An emotional shock creates a state of imbalance in the body on a physical plane bringing a mental reaction into play (a will to rise to the challenge at hand), often allowing a return to a psychic balance which then restores physical balance of the body, or vice versa. These Three Levels of Being are laid out on the feet in distinct regions.

The Unity of the three diaphragms: Tentorium, Respiratory and Pelvic
These three diaphragms form a dynamic unit responsible for mechanical homeostasis. When at complete rest, the three diaphragms are in synchronicity. The thoracic respiration blends in with the rhythm of the primary respiration; the fascia, muscles and membranes breath at the same vital rhythm. Disturbance or shock to any of these three diaphragms will bring an imbalance to the other two.
Cranio-sacral reflexology has a profound effect on a variety of system dysfunctions particularly in the sphere of trauma and whiplash. Whatever the origin – physical, emotional or mental – a torsion of the meningeal membranes, enveloping the spinal cord and brain, occurs.

The Vagus Nerve – that powerfully affects stomach and bowel function, influencing heart rhythm and breathing – passes out of the base of the skull in a position that can easily be compromised by abnormal dura mater membrane tension. If the bones have been jammed together by a blow on the face or the back of the head and have not been released then this jamming or compression may eventually produce a similar compression at the base of the skull onto the neck and the base of the lumbar spine onto the sacrum.

Working on pressure points related to the 12 cranial nerves, the sutures of the cranial bones, the pulse of the CSF surrounding the brain and spinal cord will reharmonize the cranial rhythm (PRM), the flow of the CSF and restore balance between the three diaphragms.

The Whiplash Injuries in Cranio-Sacral Reflexology Protocol was developed by Dr Martine Faure-Alderson. It was designed to treat these specific injuries and restore homeostasis whatever the origin of the trauma.